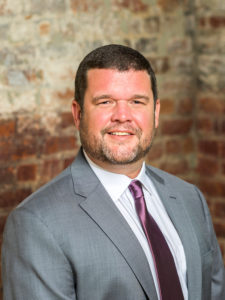 Rock Hill, S.C. —  ACA International, the Association of Credit and Collection Professionals, hosted their annual convention and expo in Las Vegas, Nevada on July 28-30.  The association represents accounts receivable firms and creditors across the globe and is considered the leading association in the Accounts Receivable Management industry. The ACA Board of Directors selected officers during their meeting Wednesday, July 27 naming David Williams of Williams & Fudge, Inc. as incoming Treasurer for 2021-2022.

Williams is a second-generation collector and active member of the South Carolina Collectors Association, having contributed in various roles the board, including serving a term as president.  He is an active ACA member and community volunteer who attributes much of his professional success to career development and educational services offered by ACA International. Williams, 45, launched his career on an agency collections floor; later joining Williams & Fudge’s sales and management teams before being named President of the company in 2015.

“ACA International has been instrumental in Williams & Fudge, Inc.’s growth over the years and it is important for us to give back to ACA and the ARM industry,” David Williams said. “My dad, Gary Williams, joined ACA’s Board of Directors over 20 years ago, serving in various leadership capacities throughout the years. I am honored to follow in his footsteps and to have the opportunity to serve as Treasurer of ACA for the upcoming year. A special thanks to our entire team at Williams & Fudge, Inc. who make it possible for me to serve in this capacity.”

He joined ACA’s Council of Delegates in 2012 and was elected to the board in 2018. He served as chair of ACPAC Committee and was a valuable member of the Dues Task Force and Advocacy Committee. He has earned ACA’s Professional Collection Specialist and Fellow and Scholar designations as well as ACA’s Harry Strausser Jr. ACPAC Ambassador Award and in 2010 ACA’s Kurt Swersky Award.

“I’ve known David for years and am thrilled to see him elected as Treasurer of ACA. His leadership skills and industry experience make him a tremendous asset to the Board and I’m looking forward to our continued work together in his role as Treasure.” said Mark Neeb, ACA CEO.