Home » Williams & Fudge employees raise $5,000 in 90 minutes for Christians to Feed the Hungry

Williams & Fudge employees raise $5,000 in 90 minutes for Christians to Feed the Hungry

ROCK HILL, SC — The Thanksgiving season will hopefully be a little bit brighter for some of York County’s most vulnerable homeless and shut-ins next week.

Rock Hill-based Williams & Fudge raised more than $5,000 for Christians to Feed the Hungry during the company’s Thanksgiving dinner held Thursday, catered by Scout Troop 925. The funds are a combination of employee contributions given during the annual lunch and the generosity of the Williams Family.

Christians to Feed The Hungry, led by the Rev. Ronal King, feeds more than 6,000 people in need daily across York, Chester, Lancaster and Gaston Counties. Next Thursday, the non-profit will organize the the mass preparation of a Thanksgiving dinner for the community. Turkeys are cooked by volunteers in their own homes and meals are assembled and prepped by a small army of volunteers, including Williams & Fudge employees.

“Our employees are our family, and our family strongly believes in helping those in our community who need it the most,” said Williams & Fudge president David Williams. “Whether it’s chipping in funds to help Rev. King feed families next week, or helping Santa gather bikes for children at Christmas, it’s the right thing to do.”

Established in 1986, Williams & Fudge, Inc. manages the student loan receivables for more than 1,400 colleges and universities across the globe. Headquartered in the historic Cotton Factory in Rock Hill’s Knowledge Park district, Williams & Fudge is a family-owned and operated company that employs 340 people. Williams & Fudge, Inc. firmly believes in contributing to the advancement of our community through employee volunteering, charitable giving and corporate contributions. 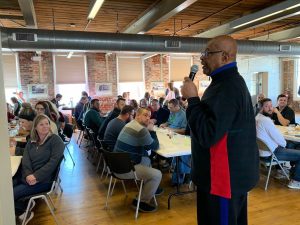 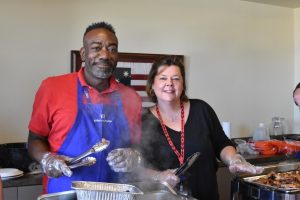