S.C. Governor Appoints Gary Williams to Winthrop Board of Trustees 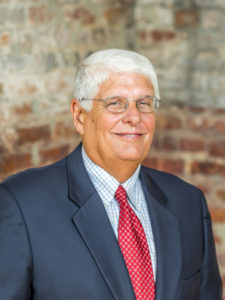 ROCK HILL, SC — S.C. Governor Henry McMaster has appointed Rock Hill resident Gary Williams to the Winthrop University Board of Trustees. Williams will immediately fill the seat held by Don Long, who was appointed to the seat by former S.C. Governor Nikki Haley.

“I’m very grateful for Don’s contributions to the board throughout his tenure,” said President Dan Mahony. “In addition to learning all he could about Winthrop as a trustee, he also audited a class so that he could better understand the university from a student perspective. That just goes to show how invested he was in his role on the board. We can’t thank him enough for his service.”

Williams is co-founder of Williams & Fudge Inc., a financial services firm in Rock Hill, where he currently serves as Chairman of the Board.  Williams received an honorary Winthrop degree in 2011 for his work as a champion of education in the community. He and his wife, Peggy, established at Winthrop the Gary and Peggy Williams Fund for Literacy. He has served on the Winthrop Foundation Board, the Palmetto Council of the Boy Scouts, the YC Community Foundation, Camp Canaan, and served with other local organizations.

“Gary has been a steady leader at Winthrop for many years serving in a variety of capacities, including his service on the Foundation Board and the Community Leaders Advisory Group. I’m looking forward to our continued work together in his role as our newest trustee,” said Mahony.

Williams will begin his new role by participating in the April 11-12 Board of Trustees meetings.

Established in 1986, Williams & Fudge, Inc. manages the student loan receivables for more than 1,400 colleges and universities across the globe. Headquartered in the historic Cotton Factory in Rock Hill’s Knowledge Park district, Williams & Fudge is a family-owned and operated company that employs 340 people. Williams & Fudge, Inc. firmly believes in contributing to the advancement of our community through employee volunteering, charitable giving and corporate contributions.